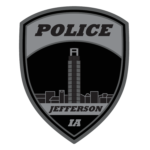 A. The Jefferson Police Department is dedicated to enhancing public safety and maintaining the quality of life for the community we serve.

A. Eight full-time officers: one chief, one captain, one sergeant, five patrol officers.

B. The chief and captain are considered administrative, although the chief conducts most of the administrative and personnel responsibilities. The captain has the authority to do the same.

C. Our sergeant and patrol officers work three days on, two days off, two days on, three days off, work cycle. This gives them a three day weekend off every other weekend. The officers work 12 hour shifts. The patrol officers are on a permanent shift for four months, and then rotate to a different shift. The Sergeant is assigned to permanent overlap shifts and supervise the events that occur during that time period.

D. Our department provides 24 hour law enforcement service for the community of Jefferson. Officers are on duty, working, any time day or night.

E. The Jefferson Police Department (JPD) is designed to function mostly as a patrol division. They are trained to work through all types of routine activity and are specialized in limited areas. When they experience a serious crime they are not trained to competently handle, they call for assistance from specialized officers on the county, state or federal level.

G. Although we deal with all types of criminal activity, the most prevalent serious crimes are fraud and theft relating to financial instruments, criminal mischief, harassment, assault and domestic disputes.

H. Our most prevalent small crimes are misdemeanor theft and harassment.

I. Substance Abuse: Alcohol easily remains the worst and most abused substance of choice. Marijuana and methamphetamine are the most prevalent controlled substances we have contact with on the streets.

J. Animal Licensing: The City of Jefferson requires that all dogs and cats be licensed annually at the Law Enforcement Center, 204 S. Chestnut, Jefferson. You will need to provide proof of current vaccinations, proof of your pet being spayed or neutered, and a completed animal license form. The forms may be found at City Hall, Jefferson Public Library, the Greene County Community Center, Jefferson Veterinary Clinic, Animal Holding Facility at the Jefferson Wastewater Treatment Plant, and the Law Enforcement Center. Click here for Pet License Form (PDF).

B. We also share many of the costs related to expensive office equipment. A constant goal of the Police Department is to identify and implement ways to reduce expenses through sharing with other entities.

The Jefferson Police Department currently utilizes a Dodge Chargers for its patrol vehicles. 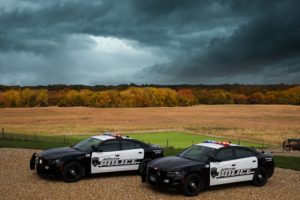 When we obtain a new vehicle it is assigned first as a “patrol” vehicle being utilized 24 hours a day for the first 24 month period. After this first 24 month period, the patrol vehicles is rotated and assigned as a supervisor vehicle being utilized 12 hours a day for the next 24 months. Lastly the vehicle would be rotated to a backup vehicle for the final 24 month period the department would have it. Once a vehicle has completed it’s rotation through the police department, the vehicle is transferred to another city department where it will be utilized for the remainder of its useful life or traded in to offset the cost of a new patrol vehicle.

The Chief of Police currently drives a unmarked Dodge Charger. The Captain operates an unmarked Ford F-150, and at any time the patrol officers can utilize that vehicle to transport animals or use it to pick up abandoned bicycles or other items too large to place in the Dodge Charger.

A. We enjoy a close relationship with all of the local emergency response departments:

Each department recognizes their responsibilities and the other departments work to enhance the quality of service to the public through cooperation with each other.

The Police Department has been involved in a school patrol program for the past twenty-two years. The program consists of keeping the marked police patrol vehicles moving around and in the areas of the schools during peak times of high vehicular and pedestrian traffic. The program is designed to be a high-visibility program. Seeing the marked police vehicles helps remind the drivers and pedestrians of safety practices and encourages them to follow those practices. When police vehicles are patrolling the school areas this also allows for quick response during periods when calls for our service are requested. Every year the police department receives praise from parents and school officials acknowledging and seeing their tax dollars at work protecting their youth.

The City of Jefferson purchased and installed new emergency weather warning sirens for the community in the summer, 2005. The purpose of these sirens is to give advanced audible warning to the people in the event of incoming inclement weather.

Purpose:
To establish common guidelines for activation of outdoor warning sirens within the City of Jefferson.

Scope:
The outdoor warning sirens represent only one part of a broader public emergency notification system. Other components might include: NOAA All-Hazards Radio, law enforcement, direct dialing/automated notification systems, and the media. Sirens are used to alert citizens who are outdoors of an imminent hazard and prompt them to seek additional information on the threat (timing, location, and severity).

1.   Tornado Warning
a. Issued by the National Weather Service indicating the city of Jefferson is in a zone based warning.
b. Tornado or funnel cloud reported by a trained spotter (law enforcement, fire department official, emergency management agency)

Warnings are officially issued by the National Weather Service (Johnston, Iowa) and are received at the Public Safety Answering Point (PSAP)/911 Communication Center in Greene County. The official warning is received via the National Law Enforcement Telecommunications Systems (NLTS).

National Weather Service warnings define the area threatened by the storm and include information about the history and/or potential of the specific storm. In addition, trained spotters such as law enforcement, fire, and emergency management officials may provide real-time reports of an imminent threat approaching or occurring in the community. When a warning includes the specific hazards defined above or when trained spotters report any of these hazardous conditions, sirens should be activated for all jurisdictions in the threatened area. Because of technology limitations and the configuration of siren activation systems, there may be areas adjacent to the threatened area, but outside the official warning boundaries that are warned as a precaution. People in or near the warned areas should always seek additional information from reliable sources such as NOAA All-Hazards Radio or the local media.

Activation Duration:
When activated, the tone should be sounded for 3-5 minutes, and may be resounded every 10-15 minutes for the duration of the threat (warning period) if conditions warrant.

All Clear:
There will NOT be an “all clear” signal from the outdoor warning sirens. People in or near the warned area should monitor reliable sources such as NOAA All-Hazards Radio or local media to know when the hazard threat has dissipated.

Testing:
Outdoor warning sirens shall be tested on the first and third Tuesday of each month at 10:00 a.m. If that day is a holiday or if there is an actual threat of severe weather at that time, the test will be postponed until the following day.

Testing may be suspended during the winter months (November – March) when ice or sub-zero temperatures could damage the siren system. Testing should be considered condition-dependent during these months. Testing schedule should be maintained whenever possible for continuity purposes as well as system reliability.

Check the FAQ for more information